He also does a great deal of primary breast reconstruction immediately following mastectomy.  Dr. Duffy practices with his partner Dr. McKane in North Dallas.  They perform all of their complicated microsurgical cases together which shortens operative time and provides superior patient outcomes.  Dr. Duffy’s office is at Medical City Dallas but he also operates at North Central Surgical Center, Legent Medical Center in Plano, Medical City Plano, and Methodist Richardson Hospital.  His reconstructive practice also includes complex reconstruction around the body and across the full age spectrum.  He developed and has published on a novel way to close myelomenigocele defects (spina bifida) in newborns.

Dr. Duffy received his undergraduate degree at Boston College and went to medical school in his home state of New Jersey at UMDNJ-Robert Wood Johnson Medical School. After completing general surgery training at Deaconess-Harvard Surgical Service in Boston, he took two years off from clinical training to work in plastic surgery research at Boston Children’s Hospital.  He worked on flap physiology and tendon healing.  He then completed a plastic surgery fellowship at Massachusetts General Hospital which was followed by a microsurgical fellowship at Brigham and Women’s Hospital in Boston.  The focus of the fellowship was on complex microsurgical reconstruction of the breast, lower extremity, and body.

Perforator flap surgery was a new concept at the time he finished his training so after starting his private practice he continued training in this new sub-specialty with leaders in the field and at early perforator courses in New Orleans, Belgium, Munich, Glasgow, Barcelona, and Turkey.  Much of his practice is based around perforator flap surgery which leads to better outcomes with less problems for patients.

Dr. Duffy loves caring for patients and improving their lives.  His empathy and caring in part are a result of his own health care issues and surgeries earlier in life related to being diagnosed with ulcerative colitis as a teenager.  He is a board certified plastic surgeon and member of many local and national medical societies, and is a Fellow of the American College of Surgeons.

Despite Dr. Duffy’s busy clinical practice, his main focus in life is his family. He shares eight children with his spouse Wendy, including two boys adopted from Colombia in 2017.  Their weekends and evenings are filled with activities and travel to keep up with their kids!  They are physically active and enjoying working out together to stay healthy and try to keep up with the children. They are active in philanthropy in Dallas and are long-time supporters of The Wilkinson Center and Café Momentum.  He and Wendy love to read and travel.  Dr. Duffy is a life time gardener and has had his own garden since the age of eight thanks in part to his childhood neighbor who taught him all about gardening as a boy.  He grows and cooks with his own herbs and vegetables and also has chickens in his backyard that produce the best tasting eggs in Dallas! 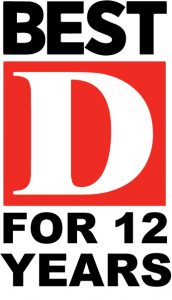